The Hidden Mother is comprised of 1,002 photographs (from daguerreotypes and tintypes to cartes de visite and cabinet cards), all examples of a now redundant practice: to cloak or hide a parent within the background of a child’s portrait, a common procedure from the advent of photography up until the 1920s, when exposure times were relative slow, and a hidden parent was required to hold the child still.

These hidden mothers can be discerned in the background of every one of these portraits – looming behind their children, swaddled in blankets, carpets and brocades as they support their progeny as the central subject. The iterations vary, and in some instances the hidden mother is revealed as a single hand, while in others the child is seated on a shrouded figure, or the parent is quite literally hiding – ensuring that the child’s identity is transposed over their own.

The images hold a certain degree of comedy – albeit unintentional – because the viewer is asked to suspend their disbelief, to ‘not see’ the hidden figure. Some contemporary onlookers would have simply not seen the portrait’s hidden mother, indicative of the cultural nature of the act of seeing. For other viewers, the hidden figure was an essential part of the picture: high infant mortality rates meant that posthumous portraits were the norm, and thus the hidden mother would signify to the viewer that this child was alive.

Creating and defining a sub-genre of photography, Fregni Nagler has accumulated images that repeat a particular gesture – the negation of the parent in the interest of the legibility of the child. The many themes bubbling under the surface of her collection are unified by the singular principle of effacement – as if this gesture speaks of the nature of parenthood itself, or of women’s place in a patriarchal society, where she is figured without an identity of her own.

The collection also confronts the inevitable self-effacing nature of the photographer and the collector. The artist herself seems to hover over these images like a mother – conserving and safeguarding these photographs; as collector, presenter and curator of the collection, Fregni Nagler herself becomes another hidden mother. 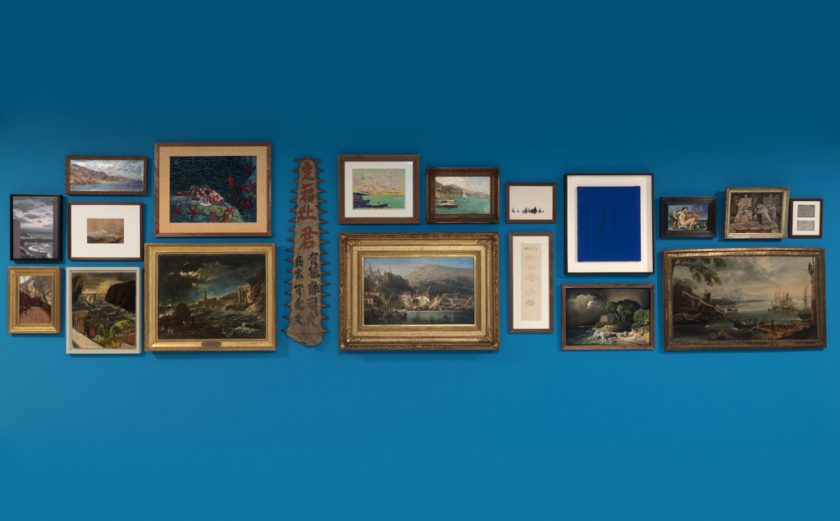